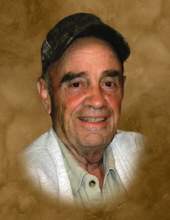 Nick Sullivan died January 1st 2020 in Katy Texas. He was preceded in death by his father Martin Sullivan mother Toybelle Herring and wife Bonnie Sullivan. He is survived by his sister Treasure Thaggard, daughter Ann her husband Cregg, son David and daughter in law Annie, step son Jack his wife Gina and step son Jim. He had 8 grandchildren.

Nick was born in Brownfield Texas on September 10, 1944. He attended Lamesa High School and after high school attended Southern Methodist University. He met Bonnie outside Chicago, they were married for 45 years. Nick worked for Ford Motor Company in Chicago. They moved to Texas in 1971 and he worked the family farm around Union Texas. They sold the farm in 1982 and moved to Midland where he worked for various oil companies before going into business for himself when he bought Cloud 9 Sportscards in Odessa. He met and became lifelong friends with many people as they sat around the “Table of Knowledge” in the shop and discussed many of the important and not so important problems of the world.

Nick loved sports and enjoyed watching his children and grandchildren play theirs. He was always there to help coach and train all kids. He spent his retirement years traveling the country with Bonnie.