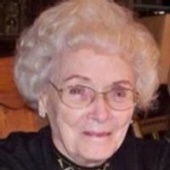 Odessa was born November 26, 1917 in McCauley to William Edward and Sallie Katherine Maberry. She married Milton Addison on December 26, 1935 in Lamesa. Odessa was a member of the Brownfield First Baptist Church and the order of Eastern Stars. She is preceded in death by her husband of 43 years Milton Addison and son, Robert Phil Addison.