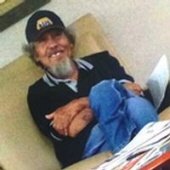 Services for Oscar Lopez Rodriquez, Sr., 67, of Brownfield will be held at 10am Wednesday, June 10, 2015 at St. Anthony’s Catholic Church.

Visitation will be held from 6-8pm on Monday and Tuesday at Brownfield Funeral Home Chapel.