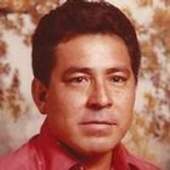 Services for Raymond Flores Sr. of Brownfield will be held 10am, Wednesday, September 10, 2014 at St. Anthony Catholic Church with Father Gerald Leatham officiating. Burial will follow in the Brownfield Cemetery under the direction of Brownfield Funeral Home.

Raymond passed away September 6, 2014 in Lubbock. He was born November 12, 1945 to Tanis and Isadora Flores in Lampasas. Raymond married Janie Anthony on February 28, 1972 in Brownfield. They moved back to Brownfield in 1982. Raymond was a Carpenter in his younger part of life and retired from the post office in Brownfield. He loved to travel and sight see with his family. He liked to do yard work and loved to plant trees. He also enjoyed spending time with his sons and grandsons. He was a loving father and grandfather.Raymond was a member of St. Anthony Catholic Church. Raymond was preceded in death by his parents, two brothers and a sister.