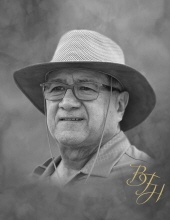 A funeral mass for Raymond Garcia Fonseca will be held at 11 AM Wednesday, March 30th, 2022, at St. Anthony's Catholic Church with Father John Ohlig officiating. Burial will follow at Terry County Memorial Cemetery under the direction of Brownfield Funeral Home.

There will be a rosary held at 6 PM Tuesday, March 29th, 2022, at Brownfield Funeral Home.

Raymond passed away on Wednesday, March 23rd, 2022, in Durango Colorado. He was born on September 18th, 1952, in Rosebud, Texas to Daniel and Leocadia Fonseca. Raymond graduated from Brownfield High School. He married Ophelia Martinez on December 19th, 1969. Raymond worked 38 years in the oil and gas industry where he was known for his impeccable work ethic and mentorship. Raymond enjoyed golfing, camping, and hosting family dinners. He loved living and being in the San Juan Mountains of Colorado. He was a dedicated family man that enjoyed raising and taking care of his family. Raymond loved to listen and dance to tejano music. He was an avid Texas Tech and Dallas Cowboys fan. Raymond is preceded in death by his parents, daughter Rachel Fonseca, son Raul Fonseca and mother-in-law Maria Salas.