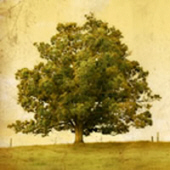 A Graveside service for Raymond Jerald Houtchens, 90, of Brownfield will be held at 4pm Saturday, February 18, 2017 at Terry County Memorial Cemetery under the direction of Brownfield Funeral Home.

Raymond left this earth on February 14, 2016. He was born on November 15, 1926 to Sam and Bertha Houtchens in Harrold,TX. He attended Brownfield High School and graduated from Texas Tech University. He was a United States Navy World War II Veteran. Raymond married Bobbie Jean Eicke on May 15, 1947 in Brownfield and would have celebrated 70 years of marriage this year. They moved to Milnesand where they operated a Dairy Farm until they moved back to Brownfield in 1958. Raymond was employed by the Texas Department of Agriculture and retired in 1977 and began his true passion of training race horses until he was 84 years old.