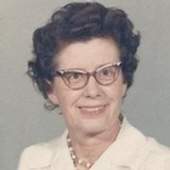 She was a life-long member of the Church of Christ. Redell was an excellent seamstress and enjoyed making clothing for her herself and her grandchildren. While living in Plains, TX she was a member of the garden club and won ribbons for her arrangements. Redell also enjoyed oil and water color painting, something she continued to do after she and Foy closed the Cogburn-Young Hardware and moved to a farm near Durango, Colorado. After moving to Colorado they were members of the Durango and Farmington gem and mineral clubs. They spent many years traveling and collecting rocks in the Western United States and making jewelry for friends and family. Redell was the type of person who really enjoyed visiting with family and friends and will be remembered fondly by all.