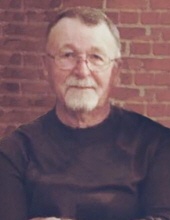 Memorial service for Rex Wilkes of Brownfield, Texas will be held on Tuesday, June 23, 2020, at 2 pm at First United Methodist Church with Reverend Ruby Moultrie officiating. He was received unto the Lord on Thursday, June 18th, 2020. Rex was born on August 27th, 1936 in Lubbock Texas. His parents were Fayne and Charlene Wilkes of Midland Texas who in addition to Rex had an older son named John Wilkes, who is deceased. Rex graduated from Allen Military Academy in Bryan Texas, joined the United States Army, deployed to a tank brigade in Germany for two years, and attended Texas Tech upon his return.

Rex came to Brownfield to start a new journey and worked at Collins Department Store in 1960. He frequently talked about Mr. Self who taught him how to work hard, treat people with respect, and of course, sell anything in the store. He eventually met the love of his life, Charlotte Hurd, and they were married on March 18th, 1961. Rex and Charlotte had three sons and a daughter – Mark, Brentt (deceased in 2014), Mont, and Rexann. In addition to their spouses, Rex leaves behind his son Rex Lee Wilkes of Kentucky, his close nephew John Fayne Wilkes and his family, thirteen grandchildren, and eight great-grandchildren.

Rex worked in Brownfield for 58 years until heart surgery made him too weak to farm. His father-in-law, Howard Hurd, taught him how to farm at the beginning of their marriage and his brother-in-law, Dr. Howard Hurd II, had tirelessly help extend his life through cancer and heart failure at the end. He enjoyed hunting with his sons and friends, and was a prolific golfer, often playing thirty-six holes a day.

In addition, Rex was a 32nd degree Mason and was always directing projects even through the last few weeks of his life by remodeling their home for Charlotte. He passed away at their home in Buffalo Lakes in her arms with no pain early in the morning. His humor and relentless ability to “visit” will be greatly missed. He was truly one of a kind. We love you Pops!