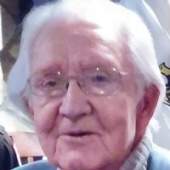 Robert Alfred "Bob" Gibson was born in Ropesville, TX on October 25, 1932 and departed this earth on April 4, 2018 in Austin, Texas. His birth as the sixth child of a young widowed mother on the Texas High Plains during the height of the dust bowl influenced his entire life. His hard scrabble upbringing caused him to always be an advocate for the family farmer and the other "little men" of our society.
Bob was a life-long "yellow dog" democrat. He served as Terry County Democratic Chair for many years and was also a member of the State Democratic Executive Committee. He was an active member of the Texas Farmers Union and the American Agriculture Movement. A staunch advocate for the Democratic Party, Bob could always be counted on to help spread the word to build a crowd for any Democratic candidate coming to the high plains. From President Jimmy Carter, to Jesse Jackson and even earned the Nickname of "Hooter" by future Vice President Al Gore.
Bob retired as a cotton farmer and a pioneer in the grape growing/vineyard industry on the Texas High Plains. He spent several years working on behalf of the family farmer for the Texas Department of Agriculture under the leadership of Commissioner Jim Hightower.
In his retirement years, Bob became interested in genealogy and after extensive research became a two time qualified member of the Sons of the American Revolution, Patrick Henry Chapter in Austin as well as the Sons of the Republic of Texas.
Bob married Beverly Ann Wartes on June 28, 1958. They were blessed with twin daughters on his 29th birthday. For over 40 years Bob and Beverly made their home in the Meadow community until their move to the Austin area in the late 1990s.
Bob is survived by his daughter Rebecca Gibson Hatch and her husband John of Buda, TX. He is also survived by 5 grandchildren, Phillip Drake and wife Stephanie of Ropesville, Texas, Stephanie Fleming and husband Chase of Meadow, Texas, John Robert Hatch of Houston, Gibson and Hannah Hatch of Buda and three great-grandchildren, Ainsley, Ellie and Brayden. He is also survived by many loving nieces and nephews who brought him tremendous joy.
Bob is preceded in death by Beverly his wife of 56 years, his father John Henry Gibson, mother Ava Gibson, daughter Ruth Gibson Drake, brothers Billy, Tom and Dean Gibson and sisters Juanita Lewis and Marilyn Thomas.
Family visitation was held at Harrell Funeral Home in Kyle, Texas on Saturday, April 7th from 10 until noon. A funeral service will also be held at the Meadow First Baptist Church at 2:00 pm on Monday, April 9th, with graveside services to follow at the Meadow Cemetery, where he will be laid to rest next to his beloved Beverly.
The family would like to thank the staff at the Village on the Park Onion Creek assisted living for their loving care this last year.
In lieu of flowers, the family requests your support of the Beverly Gibson Memorial Scholarship Fund at ABC Bank of Wolfforth, Texas.