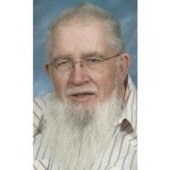 Services for Robert Ame Flache, 78, of Brownfield will be at 10:00 am, Wednesday, September 23, 2015 at Brownfield First United Methodist Church with Don McWhorter officiating. Interment will follow at Terry County Memorial Cemetery under the direction of Brownfield Funeral Home.

Family visitation will be Tuesday, September 22, from 6-8 pm at Brownfield Funeral Home and online condolences may be made at www.brownfieldfuneralhome.com.

Robert went to meet his Lord and Savior, September 19, 2015 in Lubbock. He was born to Mitchell and Gladys Flache on May 25, 1937 in Brownfield. Robert married his wife of 49 years, Shirley Talley, on May 28, 1966. Robert graduated from Brownfield High School in 1955. He went on to attend Sul Ross and Le Toureau Colleges.

Robert was a Texas State Meat Inspector for the cities of Galveston, Sweetwater and Beaumont. He farmed with his dad in Jones, Hockley and Terry counties. He loved his family and friends very much and he was very proud of his grandchildren.

Robert was preceded in death by his parents and 2 brothers: Ernest Rapherd and Gladdon Truett.

Robert is survived by his wife, Shirley; 3 lovely daughters: Tammy and husband Kent Forsberg of Lubbock, Kathy and husband Danial Puryear of Brownfield and Lena and husband Monroe Dee Stephenson of Wolfforth; 6 grandchildren and 1 great-granddaughter; 1 sister, Gwen and husband Glenn Scharp; and a large extended family.

The family suggests memorials be made to First United Methodist Church of Brownfield or a charity of your choice.