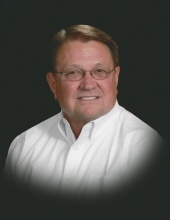 A celebration of the life of Robert Lee (Bobby) Moss will be held on Saturday, February 6, 2021, at 3 pm at First Baptist Church in Brownfield, Texas, with Dr. Matt Baird, pastor, officiating.

Bobby was born on February 21, 1949, in Lamesa, Texas, to Doyle (Pud) Moss and Janie Lynn Moss. Bobby grew up in the Union Community where he attended school at Union ISD and graduated in 1967. He attended South Plains College and Texas Tech University. He met the love of his life at Union Elementary School in the first grade. He married Jackie (Smith) Moss on June 7, 1969, and they shared 51 1/2 years of blessed marriage. They raised three children in the Wellman Community, Michael (Angie) Moss of Longview, Justin (Jami) Moss of Abilene, and Amanda (Justin) Stinson of Maypearl, Texas.

Bobby’s greatest treasure besides his wife and children were his seven grandchildren who loved to call him “Gramps.” Brackstin, Brennen, and Brody Moss of Longview, Texas. Sawyer and Asher Moss of Abilene, Texas. Gavin and Havery Stinson of Maypearl, Texas.

Bobby gave his life to Christ at a young age and was baptized at Union Baptist Church. He has been an active member of First Baptist Church of Brownfield since 1995. He has served on numerous committees and boards including: Terry County Farm Bureau Board, Wellman ISD School Board, Wellman Volunteer Fire Department, Terry County Cemetery Board, Terry County Appraisal District Board, and was awarded the “Terry County Outstanding Farm Family” in 1987. He was inducted in 1992 as an Associate Member of Farmhouse International Fraternity by the Texas Tech Chapter.

Bobby began farming in 1969 while attending college and farmed for over 50 years. In addition to his owning farm operations, he worked at Union Gin with his father and later became manager of Fiber-Tex Gin. He then began a long and successful career as a cotton buyer for Goetz Fibers of Dallas, Texas.

Bobby is survived by two sisters, Ann (Delwin) Marrow of Brownfield, Nancy Moss of Salado, Texas, and one sister-in-law, Cathy (Benne) Marrow of Brownfield. He is also survived by many nieces and nephews. He was blessed to have many friends, especially his morning coffee buddies at Tencha’s and Taco Express. With his family by his bedside, Bobby went home to be with his Savior on February 3, 2021, after a lengthy battle with Covid-19.

Arrangements are under the direction of Brownfield Funeral Home. There will be a viewing on Friday, February 5, 2021, from 1:00 pm to 8:00 pm at the funeral home. A private family graveside service will be held at Terry County Memorial Cemetery to prevent further spread of the disease that took his life early.

Out of love for Bobby’s church, the family requests memorial donations be given to the Youth Department of First Baptist Church of Brownfield.

Live streaming of the memorial service will be available at Brownfield First Baptist Church. https://www.youtube.com/channel/UCfllSGfKRk4-JMoZjJQkXbQ