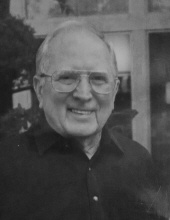 Robert attended Texas Technological College, and graduated with a BA in Business in 1952. He met his future wife, JoAnn Tilley, while at Tech. They celebrated 67 years of marriage together, and had 3 wonderful children - Michael Knight, DDS of Park City, UT, Nancy Knight Claborn of Melissa, TX, and Lisa Knight Davis of Lubbock.

Following graduation from Tech, Robert & JoAnn moved to Brownfield, where he served as vice-president of The JB Knight Companies. Then in 1966, Robert and his family moved to Lubbock, where he worked in securities and oil & gas.

Robert loved fishing, hunting, Texas Tech athletics, West Texas, the Grand Tetons, and time with his friends and family. He proudly served in the National Guard during the Korean War, was a member of the Masonic Lodge, and was a faithful member of First United Methodist Church in Lubbock.

Those left to cherish his memory include his wife, their 3 children, 6 grandchildren, 4 great-grandchildren, and his sister, Jean Knight Jones. He was preceded in death by his parents, his brother-in-law, Bobby Jones, and two grandsons, Braxton Davis and Taylor Knight.

In lieu of flowers, memorials can be made in celebration of his life to First United Methodist Church, Texas Tech University, or the charity of your choice.