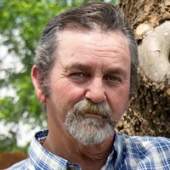 Robert passed away peacefully, October 28th, 2017 at his home in Brownfield. He was born on November 1, 1950 to Elizabeth Jane and Donald Lisle Harwood in Brownfield, TX. Robert honorably served in the United States Army and was a Vietnam Combat Veteran. He married Edith Pamela Stevens (Henson) on March 3, 1979 in Brownfield. Robert provided for his family as a Truck Driver delivering chemicals to area farmers.

Robert loved the Lord Jesus and would share the Gospel when he had a chance. He was a very sincere man and loved his family dearly. Robert was a hard worker who provided for his family and could always be counted on to come through for someone in need. He had an eye for noticing people in need and would regularly give anything he had on him to help out even a stranger. Robert will also be remembered for his ability to quote Bible scriptures from memory, his unique sense of humor and the delight he got from giving compliments to everyone he encountered.

In lieu of flowers, the family requests memorials to the Ronald McDonald House of Fort Worth, Texas.