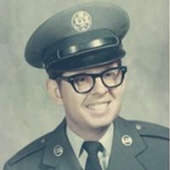 Robert passed away Friday, February 24, 2017 in Lubbock. He was born June 14, 1951 in Ft. Sam Houston to Robert Kenneth Cross and Patricia Glennel Cross. He graduated from Elida High School in Elida, NM. Robert married Beverly Ann Hall on September 22, 1973 in Brownfield. He was a loving husband, father, grandfather, great grandfather, brother and son. He is preceded in death by his mother, Patricia Cross.