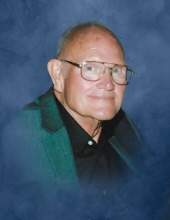 Robert L. "Pete" Davis, formerly of Brownfield, was called to his final resting place on March 17, 2021, at the age of 76. The family will receive friends on Saturday, March 20 from 10:00 am - 12:00 pm at the Brownfield Funeral Home. A graveside service will take place on the same day at 2:00 pm at the Terry County Memorial Cemetery.

Pete entered this world on January 13, 1945, in Matador, Texas, born to Clarence Ray "C.R." and Eunice Lanell "Sis" Davis. After attending school in Matador he played football for the Buffaloes at West Texas State University. He graduated in 1969 with a Bachelor of Science in Physical Education and Biology before beginning his coaching and teaching career.

He met the love of his life, Charlene Kay Wheeler, when they were both teaching in Hale Center. They married on June 7, 1975, in Matador and remained inseparable for nearly 46 years. For those 46 years, Pete was also a loving father, mentor, coach, and teacher to his son, Jon.

Coaching took the family from Hale Center to Seymour to Brownfield, where Pete retired in 2000. He enjoyed traveling and spending time with his granddaughters. Pete loved working outdoors, whether on a football field or in his yard. He was gifted at cultivating relationships. Despite being from a small town, Pete constantly ran into old friends and former students wherever he went. His investment in students and athletes left an impression that reached beyond the classroom, field, and court.

Those left to cherish his memory are his wife Kay, son Jon Troutman and daughter-in-law Shay of Lubbock, his granddaughters Aleigha Welty of Austin and Alexa Troutman of Lubbock, and his sister Ray Baxter of Matador. He also left behind many beloved nieces, nephews, and friends.

He was preceded in death by his parents and his brothers Clarence Ray "Buddy" Davis and Travis Charles Davis.

Memorial contributions in Pete's memory are suggested to the Alzheimer's Association (www.alz.org) or to your favorite charity.