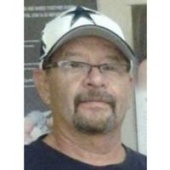 Services for Ruben M. Garcia will be 10 am Tuesday, June 14, 2016 at St. Anthony’s Catholic Church with Father Eduardo Teo officiating. Interment will follow in Brownfield Cemetery under the direction of Brownfield Funeral Home. Online condolences may be left at www.brownfieldfuneralhome.com.

Ruben was born on October 7, 1951 in Brownfield to Ruben J. and Maria Socorro Garcia. He met the love of his life, Florentina Arguellez, in middle school and spent several years waiting for her father to permit them to marry. They were married in Brownfield on August 28, 1971 and spent nearly 45 years together. In Flora’s words, he was an “excellent husband.”

Ruben spent many years as a painter and truck driver, but the focus of his life was his family. His grandchildren held a special place in his heart and he enjoyed attending their sporting events and bragging on his great-grandchildren. He was also a lover of music and was often caught tapping his fingers along to the rhythm.

Ruben is preceded in death by his father; 2 brothers and a sister.