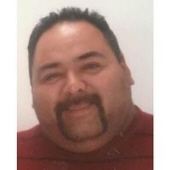 Sammy is loved, missed and will always be remembered by many nieces and nephews and friends from all over this community.

Funeral services will be held at Trinity Church in Lubbock, on Friday, September 23, 2016 at 10:00 a.m. with burial to follow at Brownfield Cemetery and Pastor Javier Castaneda presiding.

A memorial fund in the name of Sammy Castaneda has been established at all Plains Capital Bank locations if you would like to help the family.