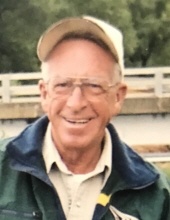 Sammy Cox went home to be with our Lord and Savior on Sunday, September 22, 2019. A memorial service will be held on Friday, September 27, 2019, at 10:00 AM, at Brownfield Church of Christ, with Chris Tucker & Bo Shero officiating.

Sammy was born on August 29, 1946 to George Washington “G.W.” and Zelda Cox in Littlefield TX. Sammy attended Brownfield High School & later married the love of his life, Dean Hohenberger, on December 12, 1965 in Brownfield. Sammy & Dean had three children, David, Shawn, & Amanda. For many years, Sammy made his weekly commute to Los Angeles, California, and back for the City Fruit Stand in which the Cox families owned here in Brownfield from 1955 until 1995. Following the Fruit Stand's closing, Sammy & Dean continued with their trucking company, Sammy Cox Trucking. Their trucks & trailers worked on numerous roadway projects including a large portion of the Marsha Sharp Freeway. Also, for over 30 years, Sammy was an active reserve officer for the Brownfield Police Department and the Terry County Sheriff’s Department. During this time, Sammy operated the Jaws of Life which he used to help save many lives' in auto accidents & he also performed numerous Jaws of Life demonstrations at area schools. Following Sammy & Dean’s retirement, the two along with their families & especially those grandkids, shared many more trips to their lake house where they enjoyed the scenery, fishing, & feeding the deer. Sammy will always be remembered as an incredibly strong, hard working & caring man who loved God & his family more than anything.

Sammy is preceded in death by his parents, brothers, Jerry & George Cox, and sister, Pat Price.

In lieu of flowers, memorials can be sent to St. Jude Children’s Research Hospital or a favorite charity.