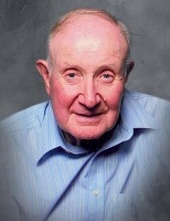 Funeral service for Scottie Cooper, 81, of Brownfield, will be held at 10:00 am Saturday, July 13, 2019, at Brownfield First Baptist Church with Rev. Josh Puckett officiating.

Scottie Wayne Cooper was born September 14, 1937, in Pearl, TX to Ernest & Lydia Cooper. Scottie went to be with his Lord and Savior on July 9, 2019. He graduated from Pearl High School in 1956. He attended Tarleton Jr. College from 1956 to 1958 on a basketball scholarship. He went on to do his degree work at Texas Tech University where he received both his Bachelor's and Masters degrees in Agriculture Education. Scottie served as an Ag Teacher for Meadow High School from 1961 to 1970. While in Meadow he married his darling June Osburn in 1964. In 1970, he joined the BHS AG Program. He continued in that position for the next 35 years working with numerous High School Students as well as Student Teachers from Texas Tech University until his retirement in 1996.

He is preceded in death by his parents and a daughter, Gena McQueen.

Scottie loved the Lord, his church, and his family, and was a devoted Elder of the First Christian Church in Brownfield and a Thirty-Second Degree Mason of the Masonic Lodge.