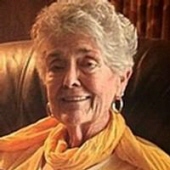 Visitation will be held from 5-7pm Monday, February 23, 2015 at Brownfield Funeral Home.

Sharon Kay Snedeker was born in Oklahoma City, Oklahoma, on November 19, 1940 to Keith Denton and Kathryn Eloise (Elder) Snedeker. At the age of 4, Sharon and her family moved to Texas where she grew up in Brownfield. It was during her high school years she fell in love and later married her blue-eyed high school sweetheart James F. Turner on May 31, 1959, at the First Presbyterian Church in Brownfield, Texas. James and Sharon moved to Fisher County where they began their farming career in Sylvester that same year and later returned to Terry County in 1963 where they continued to farm until retiring in 2001.

Sharon was truly an elegant gifted and extraordinary woman. Her family was blessed by many of her amazing talents from singing, cooking, painting and sewing. She also shared these gifts with the community service in the form of performing, teaching and donations.
Few things made Sharon happier than being a “Meme” and enjoying her kids and grandkids. We know she is smiling on the legacy she has left behind.