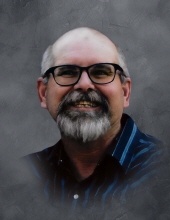 Shelby Duncan passed away on April 12, 2021. Funeral services will be held at 2 pm on Thursday, April 15, 2021, at First United Methodist Church with Rev. Cameron Kirkland officiating. Family visitation will be held from 6 pm to 8 pm on Wednesday, April 14, 2021, at Brownfield Funeral Home.

Shelby was born on April 30, 1961 in Lubbock to Elvice and Laverne Duncan. After dating for nine years, he married his childhood sweetheart, Elizabeth Sellers on July 30, 1988 in Seagraves. Shelby worked for Windstream until he retired after 31 years and then went to work for the Texas Department of Transportation. Shelby loved sports, especially the Dallas Cowboys and Texas Tech Red Raiders. He always supported the local teams from both Yoakum and Terry Counties. Shelby was actively involved in the Walk to Emmaus and enjoyed the many 4-H Stock Show animals that he participated in with his family. He never met a stranger and always took the time to check on those he loved. Shelby had a heart of gold and was always willing to help others. He was so proud of his children and granddaughter and his eyes always lit up when he talked about them.

Shelby is preceded in death by his parents, Elvice and Laverne Duncan; and father and mother-in-law, Elmer and Mary Guinn Sellers.