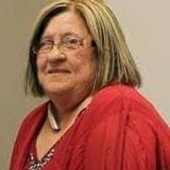 Thelma Theresa Robertson-Contreras passed away in her home in Brownfield on Monday, January 1, 2018. She was born on May 30, 1953 in Brownfield to Henry T. and Ola Faye Riley. Thelma was the best mom and friend anyone could hope to be. She was very loving, cared for all and her house was always open, it didnt matter who you were. Thelma is preceded in death by her parents, Henry and Ola Faye Riley, sister, Deola Copeland, brother, Robert Mayo.