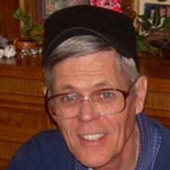 Tom is preceded in death by his parents, his brother Teddy Joe, and his father-in-law T.A. Hicks. He is survived by his wife of 44 years, Linda, and his three daughters, Nanci Weldon of Earth, Kimberly Churchwell and her husband Jason of Magnolia, and Cynthia Rowan of San Antonio. He is also survived by his eight grandchildren, JT, Skylar, Jordan, Jayci, Tristan, Audrey, Trevor, and Hunter; his four nephews, Trey, Chuck, David, and Scott; his sister-in-law Nell Hardy; mother-in-law Bobbie Hicks; and brother-in-law Tom Hicks.

A viewing will be held on Wednesday, August 26th from 6:00 - 8:00 pm at the Brownfield Funeral Home. The burial will take place on Thursday, August 27th at 10:00 am with a service to follow at 2:00 pm at Brownfield Church of Christ. In lieu of flowers, the Hardy family requests donations to New Mexico Christian Children‘s Home, MacArthur Park Church of Christ Care Cottage, or your favorite charity.