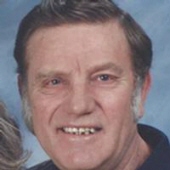 Visitation will be held from 5-7pm on Monday, February 27, 2017 at Brownfield Funeral Home.

Jerry was born on July 25, 1940 in Stamford, Texas to Travis and Ollie Buske. He worked for Texas & Pacific Railroad for many years, retiring from Amerada-Hess in 1998. Jerry married Claudette 49 years ago on May 27, 1968 in Dallas. He is preceded in death by his father, Travis Buske; mother, Ollie Buske and a sister, Nora Mae Buske.

In lieu of flowers, donations to favorite charities are welcome.