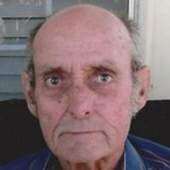 Visitation will be held Tuesday, April 5, 2016 from 6pm to 8pm at Brownfield Funeral Home.

Tommy passed away Sunday, April 03, 2016 in Lubbock. He was born June 27, 1945 in Brownfield to Charley Clayton and Fannie Mae Hook. He graduated from Brownfield High School. He served his country in the United States Marine Corps Reserve. Tommy married Lois Chancellor on February 5, 1966 in Brownfield. He worked as a Pumper for R & S Roustabout for over 30 years. He is preceded in death by his parents, Charley Clayton and Fannie Mae Hook, and children, Yancy D. and April Hook.