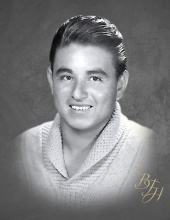 Thomas was born on December 30, 1938, to Raul and Dogracia Longoria in Karnes City. He married Leonor Garcia in 1969 in Alice. He was a businessman, starting as an Insurance Salesman before working his way to District Manager and Business Owner. He loved spending time with his family, especially on movie nights. He enjoyed traveling, boating, watching major league baseball, and was an avid Texas Rangers fan. Thomas is preceded in death by his parents, Raul Longoria and Dogracia Morin Longoria; brother Juan Longoria and grandson, Zachary Salinas.