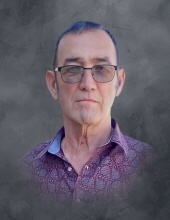 Services will be Friday, June 18, 2021 at 11:00 a.m. at First United Methodist Church in Brownfield, TX with Pastor Eric Martinez officiating. Burial will be in Terry County Memorial Cemetery under the direction of Brownfield Funeral Home.

Tim was born August 14, 1947 in Coolidge, AZ to Billy and Mabel Hales. Tim married Freda Price on April 10, 1999 in Brownfield, TX. Tim began working at a very young age and had a successful career in the oil field for over 30 years. His favorite hobby was fishing and spending time with his family and most importantly, his grandchildren. Tim is preceded in death by his parents, late wife, Shirley, one brother, four sisters, and a stepson.