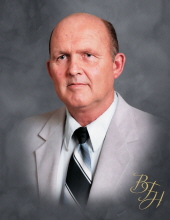 Tommy was born on March 29, 1934 to Walter and Colleen Hord in Post, Texas. He married Charlene Young on October 9, 1955 in Lovington, New Mexico. He was a member of Ashmore Baptist Church and worked at Amerada Hess for 28 years. He was dedicated to his kids, grandchildren, and great-grandchildren. Tommy is preceded in death by his wife, Charlene Hord; parents, Walter and Colleen Hord, and a brother, Macky Hord.