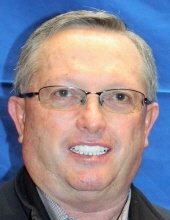 On Friday, October 23, 2020, Tony Lee Dill, loving husband, father, grandfather and friend to many passed away at the age of 60.

Tony’s passions included farming, family, and spreading the gospel. For many years Tony and Donna served together in the Emmaus and Kairos ministries as well as serving their church community at Calvary Baptist Church in Brownfield. Tony believed that if one person was called to Christ as a result of his efforts, his time was well worth the effort. Tony was a generous and humble man whose acts of generosity were endless and often unknown.

Tony loved farming in Terry County alongside his son Ryan. Tony was a tireless advocate for West Texas agriculture, often speaking with lawmakers and on panels fighting for the needs of farmers. At the time of his death, Tony was the president of the Western Peanut Growers Association, a role he held since 2013. He was also President of the Southwest Cotton Growers Board. Tony served on the executive committee of the Southwest Council of Agribusiness, the American Peanut Council board of directors, as a director of Tejas Peanuts in Brownfield, and on numerous other agriculture boards. Tony could rub shoulders with men in congress, articulately speaking about complex economic issues just as easily as he could teach the word of God to “men in white” through his role in prison ministries.

The light of Tony’s life were his wife, children, and grandchildren. Donna called him Honey and he was known as Pops to all his children and grandchildren. He poured into their lives and his face cracked into a smile at the sound of his grandchildren at the door. He was happiest during the frequent family gatherings when he played, chased, and ran endlessly with his grandchildren, with him often laughing the loudest. Tony lived loud and loved louder.

Visitation will be held at Calvary Baptist Church in Brownfield on Thursday, October 29, 2020, from 5 pm to 8 pm. A private graveside service and memorial will be held for family and close friends. Please respect the restrictions set forth and join the family in their celebration of Tony’s life via live streaming on the Calvary Baptist Church website (calvarybrownfield.org), Facebook page, and YouTube page on Friday, October 30, 2020, at 1 pm.

In lieu of flowers, the family requests donations be made to your local Emmaus and Kairos Communities, KLOVE radio station, and your local church.

Tony believed in Kingdom work in his own backyard. The family encourages you to pour into your community and love people like Jesus does.