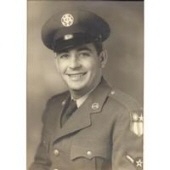 He was blessed with 3 children, Curtis Allen who preceded him in death, Terry Wayne of Thailand, Kim Bayless and husband, Mike, of Lubbock; two grandchildren, Kristan and husband, Ken Hart of Springfield, Missouri, Christopher Bayless and Leanna of Brownfield; and three great grandsons.

In lieu of flowers, give to your favorite charity.