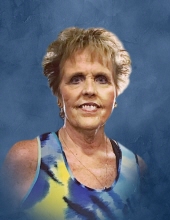 Graveside service for Vicki Faught Stephens Fillingim, 69, of Brownfield, will be held at 11 am, Thursday, January 7, 2021, at Terry County Memorial Cemetery with Bruce Cargile officiating.

Vicki Faught Stephens Fillingim passed away on Monday, January 4, 2021, at her home in Brownfield, Texas. Vicki was born on October 23, 1951, in Seminole, Texas to Clarence and Billie (McNiel) Faught. She was the second oldest of four children: Bobby (wife Billie) of Brownfield, Dickie (wife Terri) of Wolfforth, and Gena of Lamesa. Vicki grew up in the Union community where she was very active in sports. She graduated from Union School in 1970 and received her teaching certificate from Texas Tech University. Vicki returned to the Union community where she worked at ASCS, the local gin, and was employed for many years in the Union School District.

Vicki married Lynn Stephens on March 13, 1993. They made their home in the South Plains where they enjoyed eighteen years together until Lynn’s death in April of 2011. During this time, Vicki also taught for the Seminole Independent School District. Throughout her years in education, she was an active member of the Union and Seminole community.

Vicki married Wayne Fillingim on July 25, 2014. During her retirement, she enjoyed fishing, playing golf, and working in the yard. She’s best known for her generosity and cooking for all to enjoy. Vicki and Wayne were married for four years and resided in Brownfield until his death in September of 2018.

Vicki was a very active member of Immanuel Baptist Church where she was known to cook for many church events, family gatherings, and for wonderful friends. Vicki was most happy when she was working hard and blessing others! Vicki was blessed with a wonderful family that she was born into as well as families that she married into.