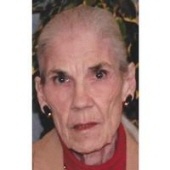 There will be a family visitation from 6pm to 8pm on Thursday, November 19, 2015 at the Brownfield Funeral Home. Online condolences may be made at BrownfieldFuneralHome.com.

Wanda Jane Whitley passed away Tuesday, November 17, 2015 in Brownfield. She was born November 19, 1937 in Brownfield to Delbert Vondall and Pauline Derington. Wanda attended both Brownfield and Lamesa schools and graduated from Lamesa High School. She married Dr. C.D. "Skeet" Whitley on May 30, 1956 in Lamesa. She was a member of the Brownfield Church of Christ and the Brownfield Art Association. Wanda loved to paint and was a good landscape artist. She also liked to remodel and make clothing. She even had her own store in Brownfield and Lamesa selling the clothing she made after her retirement. Wanda was a wonderful mother and a great friend. She is preceded in death by her husband and two brothers, Billy and Jerry Derington.

Wanda is survived by her children, Deborah Wise and husband, Dennis, of Brownfield, Richard Whitley of Albuquerque, NM, Delbert Whitley and wife, Kimberly, of Brownfield, Cynthia Richardson and husband, Max, of Midland; 8 grandchildren; 9 great grandchildren; and two brothers, Vondal Derington and wife, Elba, of Florida and Bobby Derington of Lamesa.