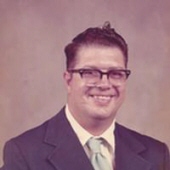 Services for Wayne Dalton West, 76, of Levelland will be held at 1pm Tuesday, June 27, 2017 at Levelland Cemetery under the direction of Brownfield Funeral Home.

Dalton was born on May 17, 1941 to Willard Carson West and Ozell Patricia West in Whiteface. He attended South Plains College and was an electrician. He was a member of Red Bud Baptist Church. His lifelong hobby was working on airplanes and model airplanes. Wayne is preceded in death by his parents.

Dalton is survived by his sister, Cathy Fowler and husband Will of Brownfield; 2 nieces, Connie Bird, of Wolfforth and Rhonda Fowler of Brownfield and a great nephew, Hunter Bird of Wolfforth.