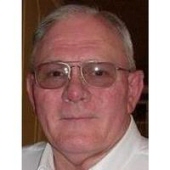 Burial will be at 1pm, Saturday, October 10, 2015 in the Terry County Memorial Cemetery under the direction of Brownfield Funeral Home. Online condolences may be made at www.brownfieldfuneralhome.com.

Wayne Edward Turman was born on July 12, 1949 in San Angelo. He spent his early years in Sonora. In 1957 Wayne and his sister, Wanda, moved to the Children’s Home of Lubbock where they resided until he graduated from Roosevelt High School in 1968. While at Roosevelt he played all sports, showed livestock, and served as student council president. Wayne received a track scholarship and earned his Associate’s degree in Agriculture from South Plains College in 1970. He graduated from West Texas State University with a degree in Criminal Justice in 1973.

Wayne married Beverly Burnett in Lubbock on June 15, 1973. He served as a police officer in Canyon and Lamesa before going to work for the Lamesa Cotton Oil Company for 23 years. He spent the last decade of his career working for TDCJ. Wayne loved to play golf, grow things in the garden, eat, spend time with family, and make people laugh. He never met a stranger.

He is survived by his wife of 42 years, Beverly Turman of Lamesa; daughter, Lindsay Turman of Dallas; grandson, Jonah Jaymes Turman Gregory of Dallas; adopted daughter, Desiree Marshall of Seattle, WA; sister, Wanda DeLoach and husband, Rusty, of Lubbock and their children, Landon, Clint, Russ, and Nikki; sister-in-law, Becky Chambers and husband, Jimmy, of Brownfield along with their children, Todd Chambers and Jamie Williams; and special cousins, Beth Marks and Susie Weber. He is also survived by his foster mother, Doris Lowrey, and foster siblings Jerry Lowrey and Marsha Hilliard.

In lieu of flowers the family requests that donations be made to the Children’s Home of Lubbock.The pallbearers will be Landon Holly, Clint Holly, Russ DeLoach, Chad Williams, Dwaine Brown, Kurt Pierce, Alton McGinty, and Jimmy Chambers.