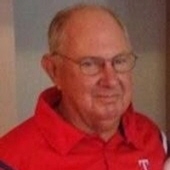 Conley Wayne Fillingim, 68, passed away Saturday, September 15, 2018 in Lubbock, TX. A celebration of life service will be held at First Baptist Church in Brownfield on Tuesday, September 18, 2018 at 2:00PM.
Wayne was born October 1, 1949 in Tahoka, TX to A.C. and Betty Jean (Parr) Fillingim. He was the oldest of four children: Kenny (wife Carol) of Lubbock, Jimmy (wife Tera) of Hamlin, and Cheryl (Fillingim) Mason (husband Steve) of Midland. They were active members of Lakeview Baptist Church where Wayne received Jesus as his Lord and Savior.
He graduated from New Home High School in 1967 and attended West Texas State University. Wayne met and fell in love with Barbara Ann (Kent) Fillingim and they were married in Lakeview, Tx on October 12, 1968.
The two made a home in West Point and later in Lakeview, Wellman, and Brownfield. They welcomed their three children Connie (Fillingim) Mitcham (husband Jody), Tamberly (Fillingim) Wheeler (husband Matt), and Robert Fillingim (wife Vanessa).
Wayne spent his career in the farm world including Anderson Grain, Crop Production Services and farming cotton. He had a heart for helping others, serving many years with the volunteer fire department and sheriff department.
The joy of his life was ministering to others and sharing the gospel of Jesus Christ. His years of dedication included consistently serving in numerous prison ministries and the Gideon ministry. He was the former Associate Pastor, Chairman of the Pastor search committee, and proud member of Immanuel Baptist Church.
On January 21, 2013 his beloved wife Barbara passed away. The Lord saw fit to bring new joy into his life and brought Vicki Stephens to be his wife on July 25, 2014. Although they were only married for four years, they packed much love and adventure into their lives. Beyond golfing, Texas Rangers games, traveling to college basketball games and building their dream lake home, Wayne enjoyed spending time with his grandchildren: Abigail (Floyd) Norwood (husband Cody), Andrew, Vanessa, Hannah, Lauren, Ashlyn, and Ryan. He had the great joy of his newest title, great-grandpa, to Cayden Norwood.
Wayne was a loyal friend, great father, dedicated husband, son and brother. He will be desperately missed every minute of every day and will never be replaced.
He is preceded in death by his mother Betty Jean (Parr) Fillingim and wife Barbara Ann (Kent) Fillingim.
In lieu of flowers, the family requests that memorial contributions be made to the Gideons or Immanuel Baptist Church of Brownfield.