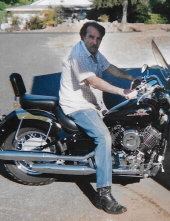 Wesley Isaac Brewer passed away on March 30, 2021 in Brownfield. He was born on December 13, 1940 in Lubbock to William and Walsie Brewer. Wesley was a free spirt that loved motorcycles, gambling, and telling jokes. He always had a story to tell anyone that would listen. Music was a huge part of his life; he loved to sing and play the guitar. He met a lot of famous musicians and was a big record collector. Wesley served his country in the United States Air Force. He was an iron worker for 30 plus years. He helped build many important land marks and buildings in California.

A memorial service will be held at a later date.