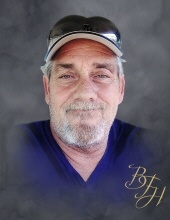 William Ray Sellers passed away on April 30, 2022. Funeral services will be held at 2 pm on Wednesday, May 4, 2022, at First Baptist Church with Rev. Chris Seaton officiating. Family visitation will be held from 6-8 pm on Tuesday, May 3, 2022, at Brownfield Funeral Home.

Ray was born on June 3, 1959, in Muldrow, Oklahoma to Elmer Ray Sellers and Mary Guinn Willis. He married Donna Stanley on June 16, 1979, in Quanah, Texas. Ray worked in the oil field for 44 years at Halliburton, Western, BJ Services, Baker Hughes, and QEP. In between times, he drove a truck for Jack B. Kelly and Goodpasture. Then he went to work for Llano. Ray enjoyed watching sports. He supported his kids and grandchildren in activities and sports that they participated in. Ray was actively involved in 4-H as a youth and as an adult project leader for his kids, niece and nephew, grandkids, and many other Terry County youth. He was involved in stock shows, shooting sports, public speaking, and record books. Following in his mother’s footsteps, Ray received the Gold Star Award, the highest award you can receive for 4-H participation. He challenged both of his sisters, his three children, and his niece and nephew to achieve the same accomplishment. 4-H, his family, and his friends molded Ray into the man he would become. Ray cared deeply about those around him and would check on how they were doing. He was very proud of his children, grandchildren, nieces, and nephews. He was always joking around and picked on those he cared about most.