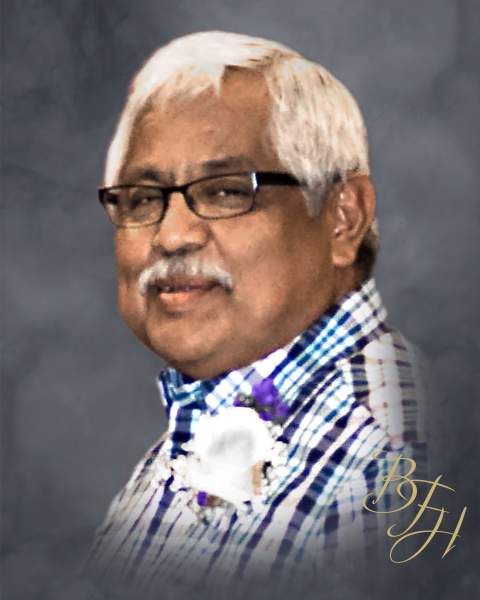 Willie S. Herrera, Jr. was well-known in Brownfield for his many years in working for the local radio station, KKUB 1300 AM. While working at KKUB, Willie S. Herrera, Jr. entertained local listeners with his great sense of humor and passion for Tejano music. He also recorded several business and political advertisements for surrounding businesses and political candidates. While working at the radio station, he was the master of ceremonies of the KKUB Music Festivals, as well as the St. Anthony's Catholic Church Jamaica, where several local bands performed at Coleman Park, which drew hundreds of his listeners and others to these events. He also had the privilege of being the master of ceremonies at several of the Terry County Harvest Festival events in Brownfield. He was blessed by God with a voice that was unique and perfectly made for radio as he was able to grab and keep his listeners' attention - especially when he was reporting on local, state, or national news, covering the weather, sending out dedications over the airwaves, or repeating his well-known slogans of, "if you don't want to hear about it - don't let it happen" and "double K - double play."

Shortly after KKUB was bought out by an outside communications agency, he carried his passion and love for music with him as he began his own DJ service, "Mr. Will DJ". His talent and knowledge of all genres of music kept his fans out on the dance floor, as they danced to 50's oldies, country, cumbias, disco, and Tejano music. He absolutely loved spreading joy and happiness through the music he played. This was evident as he began participating in the American Cancer Society's Relay for Life cancer awareness events. Oftentimes, he never charged a fee for his work at these events. When event organizers would try to pay him for his work, he would donate these earnings back to the charity. Over time, his popularity and fan base grew at these events, and he was requested to play music at several Relay for Life events all over the South Plains of Texas.

With a true servant's heart, Willie S. Herrera, Jr., was a loving husband, father, grandfather, brother, cousin, uncle, and faithful member of St. Anthony's Catholic Church in Brownfield, where he and his wife, Jolanda, taught Sunday School classes to the youth for several years.

Willie S. Herrera, Jr., was admired and respected by many of those that he knew, loved, and served. This allowed him to touch countless lives, just as he touched the lives of his wife, children, and grandchildren.

He will never be forgotten and will be missed more than words can ever describe.